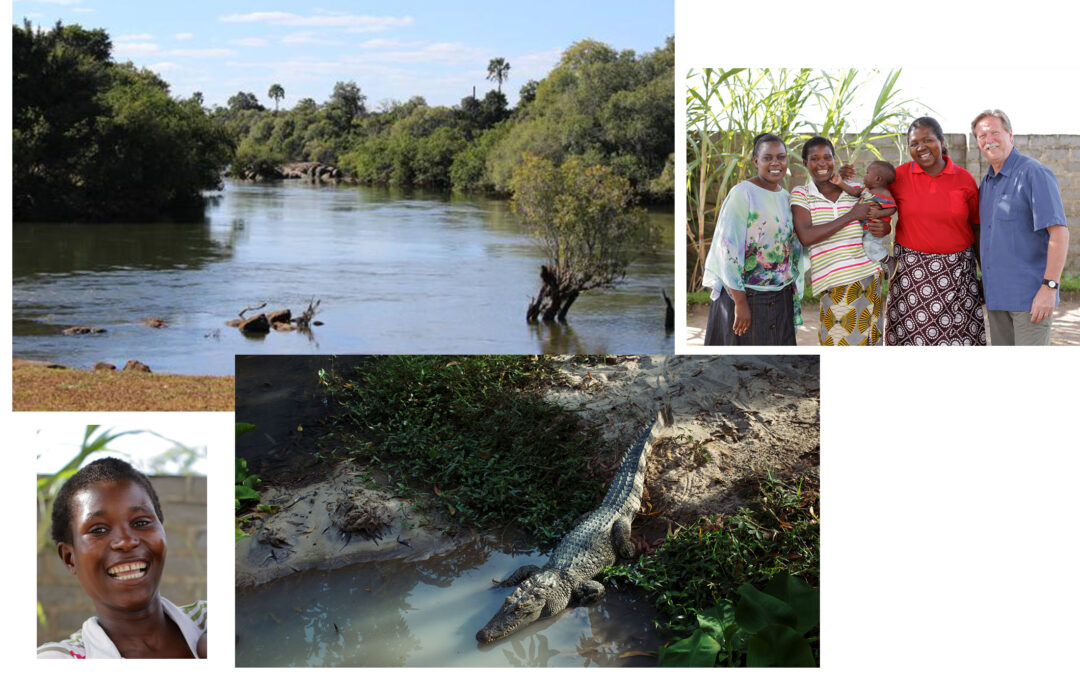 In Africa, there is a river called Bone, known for its quiet beauty and its silent crocodiles. A woman stands trembling near the river, her belly swollen with child and her feet frozen on the trail, unable to go on and unable to go back.

She is young, too young to live alone and so, after her parents were infected by HIV and died, she was sent to her uncle’s home. There, her tattered childhood was fully torn. It is her uncle’s child she carries and his HIV that now blooms inside her. Her aunt knows all this, but it is safer to take out her rage on the girl.

She is starved and beaten, the hatred around her growing like the child within her. This afternoon they finally chased her from the village, into the bush and toward the river. “You are nothing!” they shouted. “Go throw yourself in!”

And so, she stands with her hand on her belly, weeping near the river Bone, where despairing people go to feed themselves to the crocodiles.

“What are you doing here?!” a woman’s voice cries out behind her. “This is very dangerous!” The woman’s name is Iness. She hurries up to see what is wrong, but the girl can only sob. For a minute, Iness just holds her.

That place was the Khumi Center in Kitwe, Zambia, one of 67 ministries that grew out of a LIFE International training conference. Joyce, the young woman in crisis, received the care she needed and Abraham, her child, is thriving. “I was empowered. And now I am able to start a business, and have a home, and raise my son. I thank God for bringing me to the center. Without it, I would be no more.”

← Reaction to the Dobbs Decision Take your son whom you love →