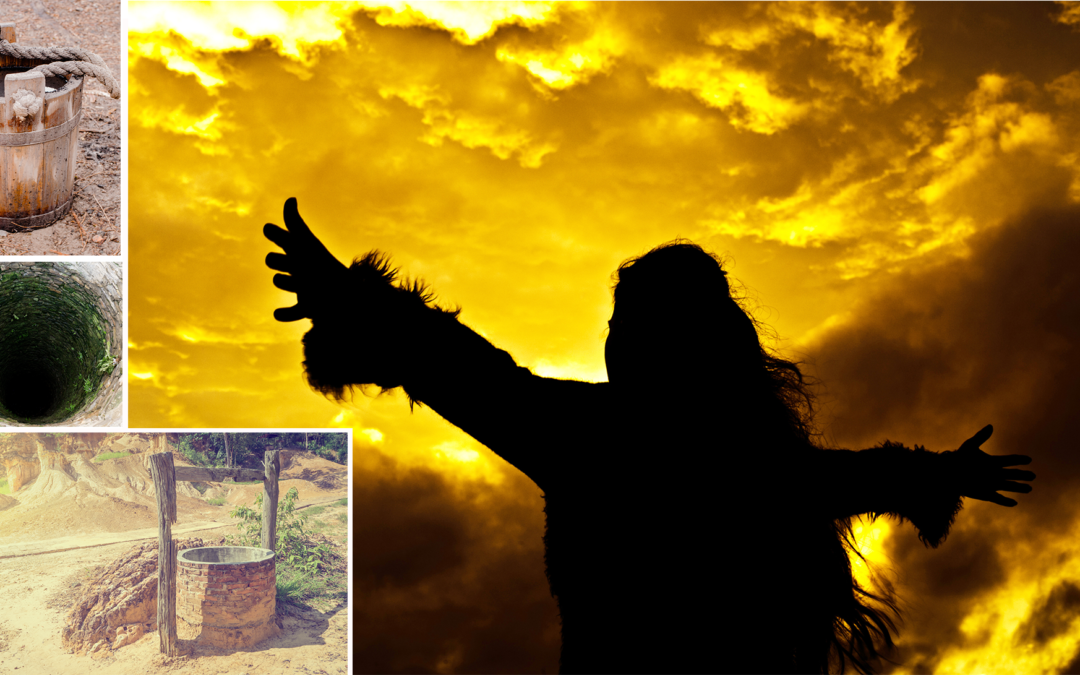 She was a scrapper who took no guff from Jews, so when the stranger asked for a drink, she was more than ready. “You talkin’ to me, bub? You really gonna stain your dainty Jewish lips on my Samaritan cup?”

He put his hand to his face to cover a snicker. She had always been like this – quick and sarcastic – and more than one husband wouldn’t take it. After all she’d been through, she still had sharp edges.

He brought his face under control and said, “If you knew who I was, you’d be asking me for a drink of living water.”

That stopped her for a second. She had expected him to sputter, to turn red and bark some insult, but he just leaned against the well and smiled.

She raised her eyebrows, made a half-hearted curtsey. “Ooooh, well now. I didn’t recognize you at first, your highness. Jacob dug this well, but even he needed a bucket – which I see you don’t have. What makes you so special?”

He held her eye, chuckled in appreciation. “It’s not that kind of water, my friend. Not the kind that runs out and goes dry.”

“Well, that’ll save time, won’t it?” She threw up her hands in mock amazement. “No bucket, no luggin’, no runnin’ out! Just imagine!”

Her face was a challenge, but he just leaned back and laughed. “Yes, just imagine. Not feeling all dried up inside…” She flinched, and his face changed. He stared at her with a gentle look that somehow took the fight out of her.

“First, come back with your husband.”

That was a punch in the gut. It was husbands that had dried her out, kicked her out, brought her to this – coming alone to the well because she couldn’t stand the other women’s whispering.

“That’s quite true, my friend. You don’t have one. Or two, or even three, do you? You’ve tried quite a few husbands now.”

She looked down quickly, stared at the dirt. When she looked up, he was still looking at her, like her father used to look at her sometimes, a mixture of sadness and love.

“I told you. There’s a better way to live, and I will show you how.”

“I guess you must be a prophet or something, but…. It’s just too different, your religion and mine.”

“There is one God, my dear. Only one. One spirit. One truth.”

“They say the Messiah will come and explain all this…”

Her eyes grew wide. He nodded again, and suddenly she turned and ran, leaving her things behind. The disciples, just arriving from town, jumped out of the way and stared after her, mouths open. “She’s very fast!” John exclaimed, and Jesus laughed, clapped his hand on John’s back. “She is, isn’t she?”

A few of the disciples turned away and began to open their packs. “Master, we brought food!”

“No, thanks,” he said, watching her disappear over the hill. “I have food you don’t know about.”

“But what happened? She ran away.”

← June in Uganda (and Botswana, and South Africa, and...)