To discover that I had not lived! 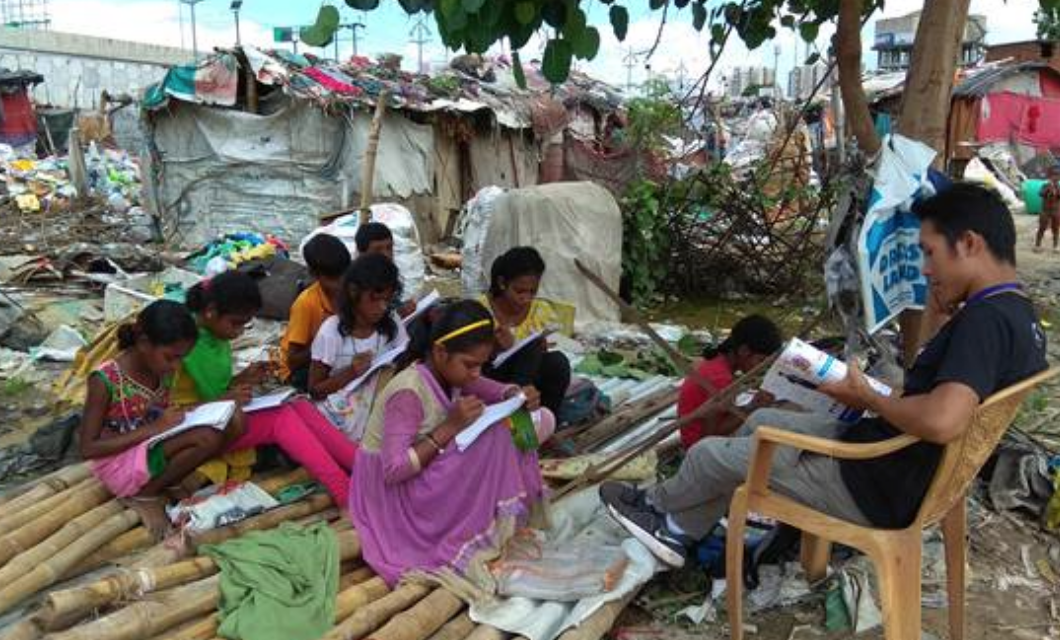 LIFE International partner A Bridge to Progress is based in North Central India, and for years, the men and women of this organization have ministered to the most vulnerable people in their community.

LIFE International has had the privilege of partnering with A Bridge to Progress by granting funds for equipment and other resources needed for optimum outreach, and by providing The Journey of a Life-Giver training to these Gospel leaders. We are pleased to share their story of a much needed service to children at risk of missing important years of education.

As a slum is dismantled and the residents move away, these families remain.

[We are working in a] slum which is in transition. A few still stay there in uncertainty. We were met with the option to completely leave the area or pay attention to the few who are still staying. There is also a nearby slum, from where kids were coming to the school.

We decided to love the few remnants. The question was where to put up the school. Luckily, one of the teachers spotted an abandoned hamlet—a lonely hut on the other side of the road. We occupied the hamlet, and called in the children, but then it wasn’t enough. There were the kids [from the other community], whose education was being obstructed by the relocation. We needed to build another shed to teach those students. That is when others were called for the help to build a new structure. We had no other labourers. We were the labourers! The project manager, the supervisor, and the other teachers, braced themselves for hard manual work. I, who serves as the director, joined in to the joy.

They had already made measurements and brought in bamboo cuttings to build the structure. The elder students brought spades and other utensils to dig and clear the land. Then the teachers made holes in the ground deep enough to stabilize the standing bamboos. Six such poles were placed very soon. Then they cut out holders for the roof. They tilted the roof slightly towards the east.

Once the roof was set up, they have to now spread the tarpaulin over the bamboo cuttings. This is the work of the kids,—only kids can climb over the roofs—this is their ‘inheritance’. While the students were busy weaving the roof, the teachers built the side walls. In all this I was an active participant, enjoying every moment with the rugged kids, who playfully work to build their school. A door was put up, and…tada! The school is built! As I looked at the well-formed structure built in just one day, I said to myself, “I am living my life! I had joined the chorus of teachers who enthusiastically built their own school.” I remembered Henry David Thoreau who lived in the wilderness to know whether he would not learn what Nature had to teach. In this little life of ours, I can’t but learn lessons perhaps many of you would never learn! I echo with Mr. Thoreau; “…and not, when I came to die, discover that I had not lived.”

As I talk to many of our friends, I encourage them to come and live with us for a few days. I have hardly found a person, whose eyes were not opened or being inspired by the lives of these people.  Some of them then discover that they had not lived their lives!

LIFE International is partnering with Gospel leaders across the globe who are concerned with the violations they see of the sacredness of human life. Click the link to learn how you can stand with them.

← Taking it to the Streets What does a life-giving leader look like? →